Floating fish and the meaning of meaning


On entering the exhibition 'quasi-objects' at Esther Schipper gallery with work by French artist Phillipe Parreno, I was greeted by floating fish and piano music. The slow underwater-like movements of the balloon fish had a strangely soothing effect which transformed the whole space into one big Zen centre. With a twist that is. 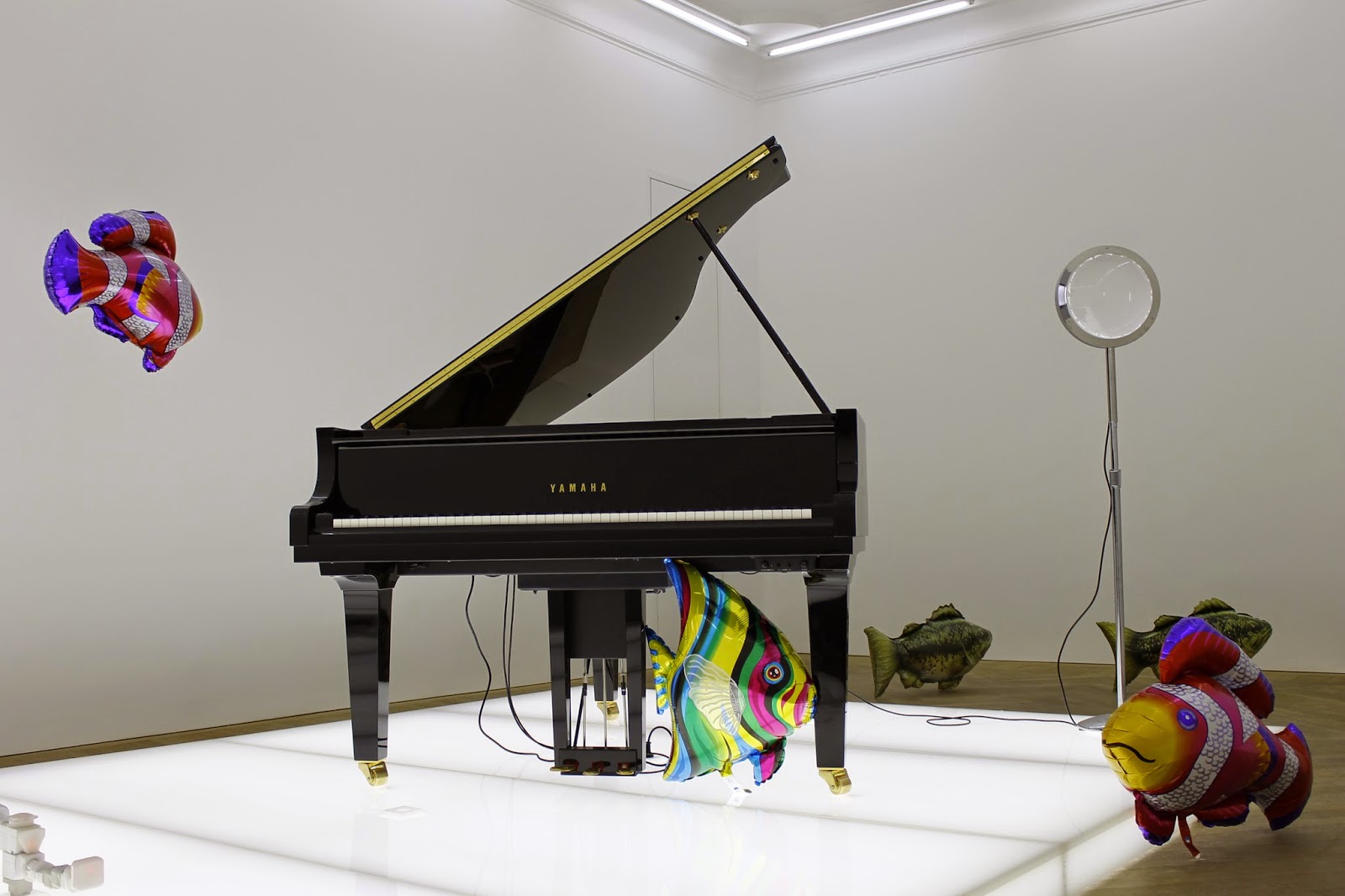 The exhibitions that are the most magical, are the ones like this one, where a shift happens when you enter. Where you step into another world, one that might look the same, but has a feel to it that the rules as you know them might not apply here. You are now on a mission. To discover the true meaning of balloons and fish.

Do you remember al the funny stuff people put into fish tanks? Castles, sculls, maybe even a piano. All served to make life in the fish bowl easier to watch. When it was time for cleaning and you took the castle out of the bowl, its purpose was temporary lost. It became a quasi-object. 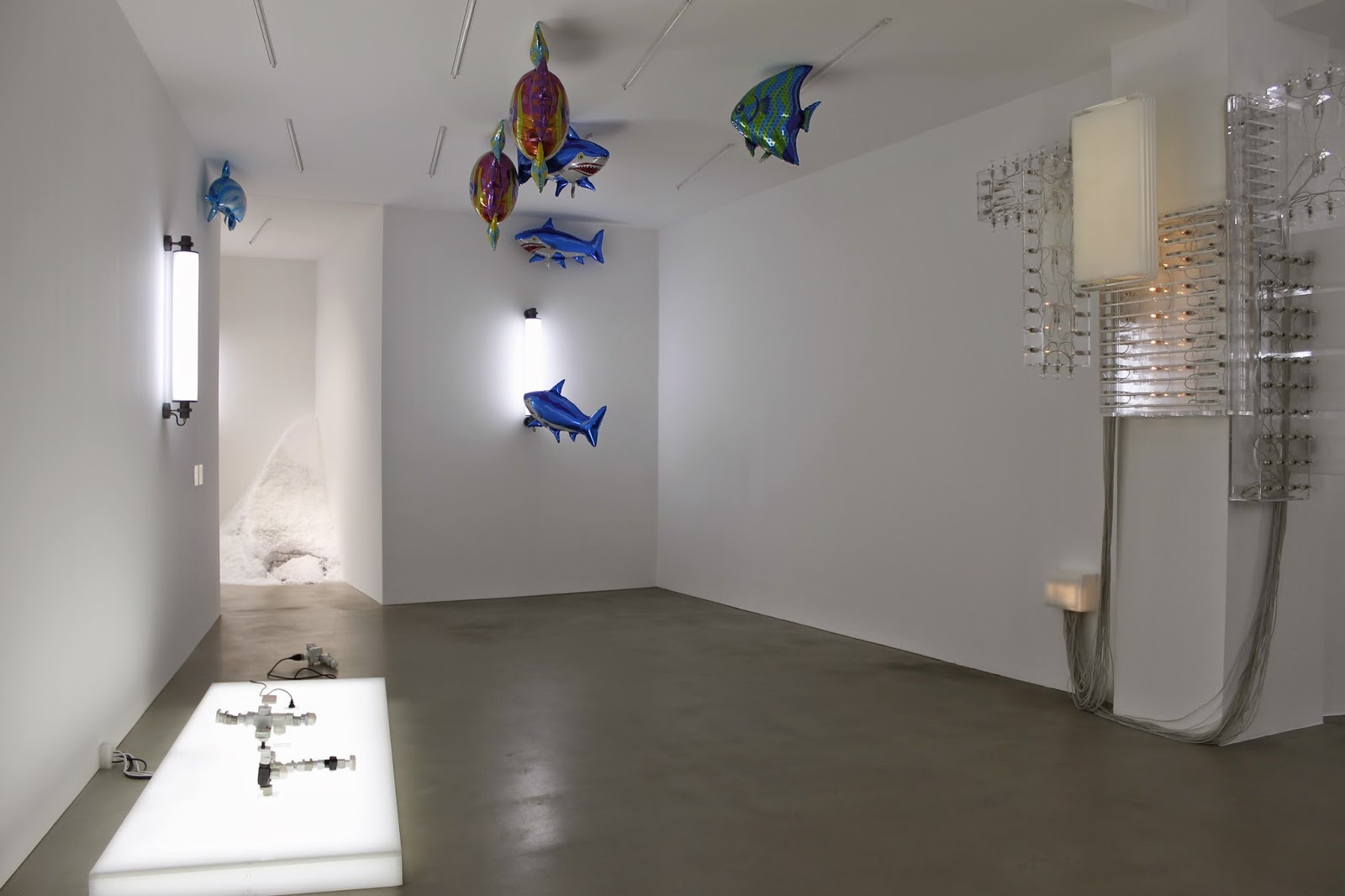 The name 'quasi-objects' is a philosophical term first designed by French philosopher Michel Serres (1930) for objects, made by man, that only get meaning in a certain context. For example when they are in interaction with people. Serres gives an example with a ball. When not used, it just lays there. It has no meaning, no function. But when used, in whatever game, it gets an enormous layer of cultural, social en in the case of soccer, national meaning. In a way, Serres is naming what Duchamp was doing.

The objects Parreno uses in this moving still-life, or mis-en-scene how it is often called, are handled in the same way. He has been using them since the 1990's in different combinations. They are like the colours on a painters pallet: used, mixed, discarded, reinvented in different compositions or constellations. In doing so the colours, like Parreno's objects, are meaningless on their own. They only get meaning when used. Or, you could say their meaning is in a constant state of flux.

Still the objects do have some powers, because they have properties that effect our behaviour. If we drop the fish tank castle, it might break, so we have to be careful with it. In this way, the quasi-object influences our movements.

Although the exhibition 'quasi-objects' is over, you still have a change to see another Parreno mis-en-scene in action at the Schinkel Pavillon. Here Parreno presents his room filling installation 'How Can We Tell the Dancers from the Dance', where a giant white wall is slowly circling the round exhibition space. The dancers are absent, but you can hear rhythmical footsteps moving over the white dance floor in the middle of the room. Like a ghost of a gone performance, you can still get a feeling of what the dance, which was never there, might have been like. And that makes the title a rhetorical question.